……is good for court cases and legal affairs 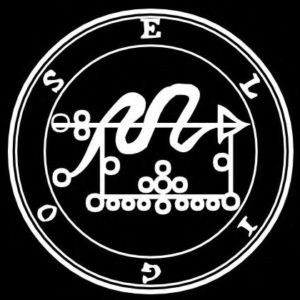 Eligos is a Day Demon and rules 60 legions of spirits

What can you ask from Eligos?

He is depicted in the form of a godly knight carrying a lance, an ensign and a sceptre (a serpent to Aleister Crowley).

Alternatively he is depicted as a ghostly spectre, sometimes riding a semi-skeletal (sometimes winged) horse, or the Steed of Abigor. This is a minion of Hell itself, and was a gift from Beelzebub. It was created from the remains of one of the horses of the Garden of Eden.

What the Main Books Say…

The Fifteenth Spirit in Order is Eligos, a Great Duke, and appeareth in the form of a goodly Knight, carrying a Lance, an Ensign, and a Serpent. He discovereth hidden things, and knoweth things to come; and of Wars, and how the Soldiers will or shall meet. He causeth the Love of Lords and Great Persons. He governeth 60 Legions of Spirits. His Seal is this, etc.

Source: [» The Lesser Key of Solomon ]

The 15th spirit is called Eligor [Eligos], a great duke, he appeareth in [the] form of a goodly knight carring a lance an Ensigne & a serpent, he discovereth hidden Things & knoweth things to come, & of warres and how the soulders will & shall meet, he causeth the love of Lords and great persons, and governeth 60 Legions of spirits, his seal is this, wch wear or else he will not appear nor obey you &c.

(12) Eligor, alias Abigor, is a great duke, and appeereth as a goodlie [handsome] knight, carrieng a lance, an ensigne, and a scepter: he answereth fullie of things hidden, and of warres, and how souldiers should meete: he knoweth things to come, and procureth the favour of lords and knights, governing sixtie legions of divels.

Eligos grants favor in court cases and legal affairs, and helps to attract business and financial success. He creates love and lust and causes war and marshals armies. He helps in discovering hidden things.

He is also known as “ABIGOR” . Abigor is skilled in secrets of war and prophecy.  Abigor has beautiful black wings with white highlights. He has a black aura around his head and large black eyes without irises. He also has two black markings like stripes on his cheeks.

The Ranking of Goetia Demons by Title 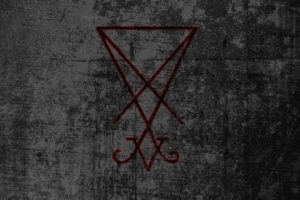 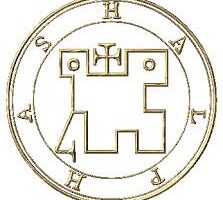